In order to build and strengthen legal capacity on climate change in Kenya ahead of UNFCCC CPO21, a workshop and networking event was held in Nairobi on 19th & 20th February 2014. The event focused on the international legal frameworks, their relevance for domestic law and the then on-going climate change negotiations, in particular the proposed 2015 UN agreement (later adopted in December 2015 as the Paris Agreement).

The training was conceived through the realization that lawyers and the law play an increasingly important role in the story of climate change thanks to international negotiations and development of national legislation to address the problem; and further that the 2015 agreement and domestic legislation will both have profound effects on people’s lives and the national economy as they create legal frameworks to limit pollution, protect forests, improve energy supplies and limit the impacts of extreme events on vulnerable people. However, because few of Africa’s lawyers and government officials have the knowledge and skills they need to work in this new arena, there is always a risk that people will not benefit from the potential of law to protect lives and livelihoods.

The training programme comprised a mix of short presentations, practical exercises and debate with sufficient time for participants to exchange views and raise specific issues. Participants learnt about international law and the UN climate change negotiations specifically. They also gained skills in drafting legal text that will be necessary to shape the global legal agreement that parties to the UN Framework Convention on Climate Change were  due to adopt in 2015. The workshop provided participants with the legal skills they need to not only influence the global climate change agreement that all nations were set to sign in 2015, but also to understand what that UN agreement would mean for the law at home in Kenya. In addition, the event helped to lay the foundation for an ever growing network of lawyers in East Africa with specific expertise on climate change.

The training programme was sponsored by the Climate Development Knowledge Network (CDKN), an international consortium that aims to help decision-makers in developing countries design and deliver climate compatible development, and was delivered by the Legal Response Initiative (LRI) – a London based organization that provides developing nations with free legal advice on the international climate change negotiations and supports negotiators from these countries through training and other activities – in partnership with the Environmental Compliance Institute (ECI).

Speakers at the workshop included Christophe Shwarte (a London based lawyer and Executive Director at LRI), Edward Wabwoto (a lawyer at NEMA-Kenya and member of Kenya’s national negotiating team at the UN climate change talks), Sylvia Bankobeza (legal officer at the UN Environment Programme’s Division of Environmental Law and Conventions) and Gerphas Opondo (a Kenyan lawyer and Executive Director at ECI).

ECI is an Official Nominator for The Earthshot Prize 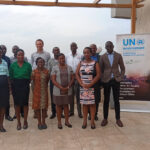 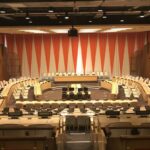